Your secret gateway to the spiritual world

“The light of the body is the eye: if therefore thine eye be single,

the whole body shall be full of light”

Your endocrine system is the master of your connection to the spirit world. It consists of the pituitary gland,the pineal gland, the hypothalamus, the thyroid, parathyroid, adrenals, pancreas, ovaries and testes. Different from other organs, these glands use hormones other than the electromagnetic field to stimulate our energy levels, emotions and cognition. 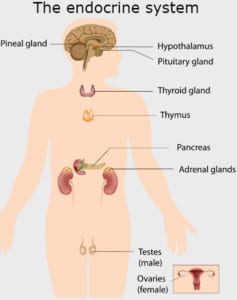 The pineal gland which I will focus on for this article, is located in the center of the brain, behind and a bit above the pituitary. It is the shape of a pinecone and the size of a pea. It is thought that it used to be much much larger in humans but has been reduced by our culture and environment. Throughout history pinecones have been a sign of human enlightenment, the seat of the soul, the epicenter of enlightenment, the third eye. It is a sacred symbol throughout history. The conifer pine tree is one of the oldest plants on the planet, existing three times longer than flowering plants. It grows in a perfect fibonacci sequence like the sacred geometry of a sunflower. 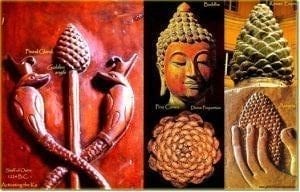 The pine cone is part of the design of the staff of Osiris who used it in 1224 B.C. The two snakes that are also on the staff are similar to the Hindu’s who portray snakes as representative of kundalini energy that arises from the base of the spine to the pineal gland. The Egyptians would preserve the pineal gland with mummies which highlights its importance. Hindu gods are often portrayed as holding pinecones in their hands. Shiva, the most well known God in the Hindu tradition is often depicted with a head shaped in the form of a pinecone and interwoven with serpents. In Mexico there are statues that show their God of Seven Snakes offering pinecones in one hand and an evergreen tree in the other. 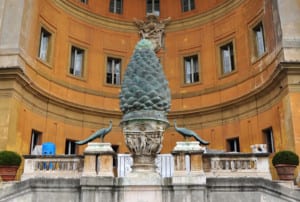 When I visited the vatican, I took a turn on my tour into the court of the pinecone. There in the center of the courtyard was a bronze sculpture of a pinecone, three stories high. It is supposedly sitting on the top of the vatican vault. It is accompanied by two peacocks, another symbol of the third eye as depicted on it feathers. The Catholic religion has many references to the pine cone, it is on the staff that the pope carries, the coat of arms and the vatican flag. Conspiracy theories accuse the church of using religion to deny the understanding of the symbol to blind humanity to the possibilities of spiritual enlightenment and keeping hidden the secrets to the opening of the pineal gland. The literal biblical translation of the word “peniel” means “Face of God”. Other conspiracy theories believe that the decision by governments to add fluoride to our drinking water was a means of controlling the population better.

In our modern culture, people have been told that tapping into the benefits of the pineal gland is evil work and there is much fear around it. Sadly, most children are born with a fully evolved pineal gland by the age of five or six, yet statistics show that by puberty over 80% are shut off because of calcium that accumulates around the gland and blocks its ability to work. When it is sealed it requires a lot of work through the chakra systems to reconnect it to the heart. Many believe that only gifted psychics and mediums have this access, but we are all gifted with this ability from birth. Here is a must see video that shows our potential with the third eye. 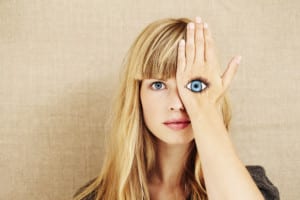 The Pineal gland  is surrounded by a highly charged spinal fluid and circulates more blood than any other organ in the human body.  It is the gland with the highest level of energy. There are crystals in this water that when compressed, release all colors in the rainbow. When it opens you often will see big bursts of color. When people have out of body experiences they often speak of a silver cord, which is believed to be the connection to the other worlds. The Pineal gland is connected to the sixth chakra. The tissue around the pineal gland has retinal tissue and the same wiring as your regular eyes. Ancients knew all of this which tells us the level of knowledge they had about the human body and our connection to other worlds.

The pineal gland is also the body’s source for melatonin. Melatonin is an important chemical that affects our mood, circadian rhythms, the immune system and our sleep. It helps to manage stress, aging and suppresses cortisol. It quiets the mind for access to higher consciousness. Melatonin is produced while we are in darkness and stops when we are in light. When light hits our eyes in the morning it is also the source of serotonin, a chemical that we require to wake up! Light enters your eyes and your optic nerves detect it and send a message to the pineal. A chemical reaction takes place and serotonin kicks in getting you ready to start the day. This whole process is activated by the sun hitting the eyes. 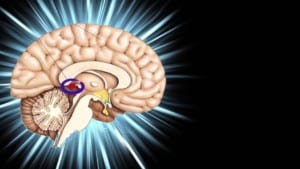 Currently the energy of the earth is much higher than it was after 2012 and it will continue to increase. All of the solar storms that have been bombarding the earth are causing an increase in awakening on our planet. This pineal gland activation is changing many of our awarenesses thanks to our sun that is also going through a transformation to higher levels of being.

In ancient times it was believed that the pineal gland was the door to your higher self, to the Universe and cosmic consciousness. It is also believed to be the source of the production of a psychedelic chemical called DMT. Large amounts of DMT are released during heightened states such as birth, death and near death experience or spiritual awakening. It is called the spirit molecule. DMT is also found in plant psychedelics like ayahuasca that is used in shamanic ceremonies. People who use these, report intense experiences and contact with supernatural entities opens doors to the subconscious. It is interesting that the serpent is the most documented archetype seen in spiritual visions. Another substance Pinoline, helps to enable visions and dream states.

When the pineal gland is entrained with the pituitary gland the whole system shifts into harmony. The heartbeat of the universe is the source of the energy for our connection to the cosmic world. It is the force that vibrates everything into form and evolution. It is believed that this vibration is what activates the pineal gland. It is also activated with the electromagnetic fields, the same energy that help birds to navigate all over the world. For this reason, geometric storms and cosmic occurrences can affect us and lead to energetic imbalances. The heart has a field all of its own and when it expands, the pineal gland, that is sensitive, can pick up on its frequencies and amplify them, eventually becoming in concert with the heart. When the two are entrained you can reach higher states of being.

The Pineal Gland is broken down by:

The consumption of processed foods and carbonated drinks.

Exposing yourself to fluoride.

A lack of natural sunlight.

Physical symptoms caused by an unhealthy pineal gland can be skin problems, hair loss, paralysis, metabolic disorders and toxic conditions throughout the body (especially the lymph system). The pineal gland helps to decongest the emotional body. It is a master gland. When it is well developed it brings emotional and physical well being. It is also the center of our faith. To be mentally and physically healthy the pineal gland must be open. Coffee and the color blue can stimulate the gland. 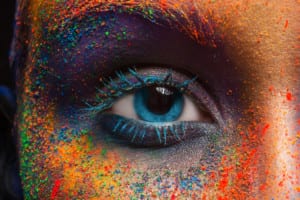 To boost your pineal, reduce your stress levels, get a good sleep in complete darkness to increase the melatonin that wakes up the pineal gland and eliminate all fluoride from your toothpaste and water sources. Change your diet to consume friendly pineal gland foods by eating fresh organic fruits and veggies and alkaline foods such as nuts, seeds and whole grains. Raw cacao and dark chocolate helps too!

There are several other practices that can help to activate the pineal gland. Many people think that the auric field stays in perfect order but it does not, it needs maintenance.

Here are some great ways for maintaining your spiritual body:

1.) Breathing: by contracting the perineum muscle near your anus you can move the cerebrospinal fluid up to the pineal and increase its potency.

2.) Tapping on your inner eye space of the forehead will also help to stimulate it.

3.) Toning with frequencies that support the inner eyes vibration can help.

4.) Pressing your tongue to the roof of the mouth can help to activate it.

6.) Meditation in pure darkness, best to use a mind fold. 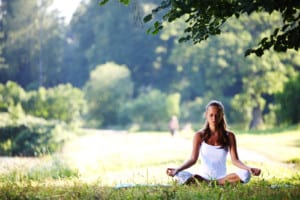 You can also exercise your pineal gland by doing yoga and meditation. When your brain reaches the alpha states it is then in creation mode and can secrete the hormones to attract miracles. The best time for meditation is around 4am in the morning, your brain chemistry is ripe at that time as your brainwaves are in alpha and theta. To be effective though you need to get out of bed, otherwise you will often fall back asleep.

The signs that your pineal gland is opening are:

Increase in intuition such as the sense that you know who is knocking at your door before you get there. Detecting things that are beyond normal awareness. Your mystical powers may increase, you may see into the future and bring mystical messages through channeling. It can happen at the wink of an eye.

Here is a simple exercise you can use to help open and stimulate your pineal gland.

1.) Take both hands in a prayer pose and put them in front of your forehead and open your hands several times and ask that the pineal be opened and divine power flow in. You can also stimulate it by pushing energy points behind the ear for 30 seconds twice daily.

2.) Take a clear crystal and hold it in your hand to inject your intention to connect the pineal gland and the pituitary. 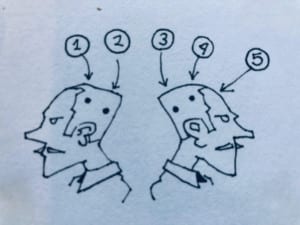 3.) Hold the crystal in your right hand and point to the 1st of the 4 points starting on the left side. On each point command that this connection be strong and hold the full power of the pineal and pituitary. On each point make the same command.

4.) After completing the 4 points, touch point 5 (your third eye) and command that the pineal and pituitary be opened.

5.) Hold your hands in prayer so that you are balanced.

6.) Place your crystal in sea salt to clear.

Next: Take a crystal point in your left hand. Give the crystal instructions that it is to become an instrument of God with the purpose of balancing the brain and the pituitary gland and pineal gland.

Touch each one of the points above, instructing the crystal that in the name of God to balance you. Now you are ready to go out in the world and heal others!

A good supplement to help remove fluoride is Fluoride Tea from Hanna’s herb shop to pull out what has accumulated.

We all have the opportunity to tap in to one of the greatest secrets of the universe. If you would like to receive a broadcast of remedies for clearing the pituitary and the pineal gland place your crystal point on a piece of paper with the code: 43455 for the pineal gland and 348231 for the pituitary gland. These are Rife frequencies for healing and clearing.

During my research for this article I found This website has some lovely jewelry made from pinecones.

No comments to show.