Finding Zen through the teachings of Alan Watts

Alan Watts was a philosopher from Britain who brought eastern philosophy to the western culture. He moved to the United States in 1938 and began his study of religions in New York. His most famous book is the Way of Zen which was published in 1957 and was one of the first best selling books on Buddhism. Later he went on to write 25 more books and numerous articles. He most famous quote was describing humans as an “ego” in a bag of skin, or “skin-encapsulated ego”. Below is my collection of my favorite quotes from Alan Watts, it essentially is the core of his extensive teachings. Enjoy!

The concept of Zen is finding a way of understanding the void.

A direct transmission outside of scriptures and apart from tradition.

No dependence on words and letters.

Direct pointing to the human mind.

Seeing into one’s own nature and becoming Buddha or becoming enlightened or awakened.

“The appeal of Zen is its unusual quality of humor. Religions are not usually humorous. Zen has no doctrines, there is not anything you have to believe, it is a field of inquiry, like physics. There are no morals to be the authority of. Zen is spiritual ophthalmology, it is the ability to see clearly. Zen means focusing on where you are placing your attention.”

“Most images of the Buddha show him in the posture of a sitting meditation, in a particular attitude known as padmasana, this is the famous lotus posture with legs crossed and the feet resting, soles upward, upon the thigh. Watts says a sitting meditation is not, as is often supposed, a spiritual exercise, a practice followed for some ulterior motive. From the Buddhist standpoint it is simply the proper way to sit, and it seems perfectly natural to remain sitting so long as there is nothing else to be done, so long as one is not consumed with nervous agitation. To most people, a sitting meditation may seem to be a very unpleasant discipline because we do not seem to be able to sit, just to sit, without feeling that we ought to be doing something more important to justify our existence. We therefore decide that it is better to call it an exercise or a practice or discipline with a motive. Yet at that very point it ceases to be meditation in the Buddhist sense for when there is purpose, there is seeking and grasping for results, there is no presence. Meditation in the common sense of thinking things over, or musing is a most misleading translation. Alternative terms such as trance or absorption are even worse, since they suggest states of hypnotic fascination. The best solution seems to be to leave presence untranslated. As used in Buddhism, this place of presence can best be described as the state of unified or one-pointed awareness. On the one hand, it is one-pointed in the sense of being focused on the present, since to clear awareness there is neither past nor present, just this moment or the eternal one.”

“I have realized that the past and future are real illusions, that they exist in the present, which is what there is and all there is”. No valid plans for the future can be made by those who have no capacity for living now.” Tomorrow and plans for tomorrow can have no significance at all unless you are in full contact with the reality of the present, since it is in the present and only in the present that you live.” Alan Watts

“The first principal in the study of Zen is hurry, and all that it involves is fatal. There is no goal to be attained. The purposeful life has no content, no point. It hurries on and on, and misses everything. Not hurrying, the purposeless life misses nothing, for it is only when there is no goal and no rush, that the human senses are fully open to receive the world. Absence of hurry also involves a certain lack of interference with the natural course of events, especially where it is felt that the natural course follows principles which are not foreign to human intelligence. The Taoist mentality makes, or forces, nothing but instead “grows” everything. It means a mind that does not deliberate and does not allow anything to stick to it. ”

“The meaning of life is just to be alive. It is so plain and so obvious and so simple, and yet everybody rushes around in a great panic as if it were necessary to achieve something beyond themselves. Jesus Christ knew he was God, so what about you? Is it time to wake up and find out eventually who you really are? Our culture of course, will say you are crazy. So many people go through life never knowing what to do with it. College?, Career? Hobbies? It is really okay because these are just distractions and expectations. These are things we feel we need to do, while it is okay, but what we really need to do is become the God of our own lives.

The goal  however is to not be a piece of stone and a purity. It is not a mind of nothing, it is instead the ability to not become attached to your thoughts. It is the mastery of realization and allowing life to be a flow. The right mind is to allow the emotions to flow through you and your life. The plan is to step aside and watch your thinking and to see life through the eyes of a child. Watts says “a scholar tries to learn something everyday; a student of Buddhism tries to unlearn something daily.”

Alan Watts talks about worry. “The doctor tells you that you need an operation, you and everyone around you worries. The doctor tells you not to worry as he wants you in optimum shape for the operating table, but you cannot stop worrying. You then worry because you cannot stop worrying, you have now entered the vicious circle of worry. The oddity is that we feel very uncomfortable when we are not thinking, we feel odd being with ourselves. The problem is that we are addicted to thoughts, we have a habit of listening to the voices in our head. If we talk all the time, we will have nothing to say, if we think all the time, we will not have anything to think about expect our thoughts. How do you stop thinking? Do not try to think, it will just stir it up. You have to learn how to leave your mind alone, it will quiet itself.

Alan Watts says that the universe is a playful place. It goes nowhere, this concept is best understood with music. You play the piano, you do not work the piano. When you travel you are trying to get somewhere. In music you do not make the end of the composition the point of it. If it was so, the best conductors would be those who play the fastest and the conductors would just play one chord as the end.

One of my more favorite perspectives of God is from Alan Watts. He says “If you are intelligent  you cannot be the product of a expression of the universe that is a mere fluke. If this worlds peoples brings forth fruit, the ground of being must be intelligent. What is the marvelous power that creates this GOD? The biblical God is seen as an institutional version of it designed by the great religions as an authoritarian father. Rejecting the paternal version can be radical but staying with it we can get tied up in a specific nature and a set rules that we must conform to. If we do not comply we then go against the fundamental rules of the universe and even worse, die and go to hell. This thinking implies a sense of authority over ourselves. Therefore, this Jewish, Christian and Muslim approach estranges us from our root of being. We grow up staying attached to an image of an older man with a long beard. As spiritual seekers we may feel we are above this thought, we say God is spirit, but the typical images we have been given can be very powerful. What if we are encouraged to see God as something completely different to create another image and release us from labeling something that not capable of being defined. Is it okay to not have an image or what image should we give it? Another alternative would be to stop looking for “out there” for God like there is something in the sky that you look to. Perhaps we can find God within ourselves.”

“Behind the image of God there is something else that we cannot conceive at all. The luminous darkness, the void, that beyond all conception. What it means is an attitude to life of total trust of letting go. When we form visions of God, it is something to hold on to and a lack of faith. But when we do not grasp at images, we have the attitude of faith. The unknown is the foundation of the universe, you cannot grasp it. It is a profound mystery and we must stop chasing it and grabbing it. The ideas of the spiritual and godly has an attitude of laws which is not the only way of being religious and relating to the inevitable mystery in the world. ”

The attitude of faith is to let go, and become open to truth, whatever it might turn out to be. To have faith is to trust yourself to the water. When you swim you don’t grab hold of the water, because if you do you will sink and drown. Instead you relax and float. The attitude of faith is the very opposite of cling to belief, of holding on. This means that a person who is fanatic in matters of religion, and clings to certain ideas about the nature of God and the universe, becomes a person who has no faith at all”.

“We need to walk in the world as if we are photographing it with our eyes.  We should stop seeking security in a world where spontaneity rules. Uncertainty is scary, so we try to minimize the areas we feel uncertain about. We constantly feel the need to regulate aspects of the world around us. The more we do this, the more lifeless we become. Essentially controlling everything takes the fun out of life. Life, beings and nature are constantly changing. Plants grow, weather changes and life is out of our control. Stop to enjoy uncertainty. It can be fun to not know the outcome and instead learn to move with the ebb and flow of the world and appreciate what you cannot control. You are in relationships with the external world that, on the whole, are incredibly harmonious.”

For more information about Alan Watts and his remarkable contribution visit his foundation here: 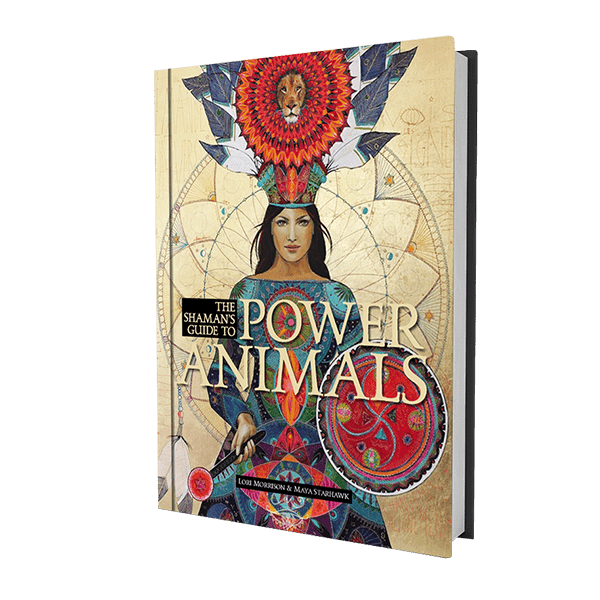